Special price of $9.97 for paperbacks for the month of October

True Stories of Emotional Healing from Infertility, Miscarriage, Stillbirth, or Death of a Child

You see…she’s a mother whose only child lives in Heaven and not here with her. Most days she’s okay with it. She focuses on the blessings and joy he brought to her life in the few short months she was allowed to love him in her arms. Most days she thanks God for the privilege of always being able to call herself “Mom,” knowing she made a difference in the life of a precious little boy, born from her heart, not from her genes.  And most days she’s able to remember with laughter the way he loved butterflies, watching their dog play, or would snuggle close to her to drink his bottle as he drifted off to sleep.  But not on Mother’s Day.

I never had the privilege of meeting her son while he was alive just as I haven’t had the privilege of meeting my own child yet, born too soon.  However, my friend and I both have the assurance that our children are alive and well, having already met and probably become friends, waiting for us to meet or rejoin them in Heaven where we’ll never have to say goodbye again.

A fellow Sister who understands 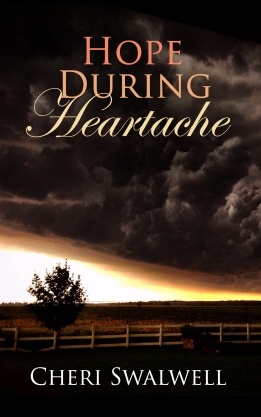 You can learn more about the incredible story of my friend, Shannon, who wrote a chapter in Hope During Heartache, available on Amazon. She is one of 13 incredible men and women who chose to share their story of hope after losing a child to miscarriage, stillbirth, or the death of an older child.

Special price of $9.97 for paperbacks for the month of October