“He did not need any testimony about mankind, for he knew what was in each person.”

Today I want to talk about something else that isn’t sin… emotions.  Emotions aren’t sin either.  It’s not a sin to be angry… it can become a sin if you don’t take that anger to God and let Him deal with it appropriately.

The first time I really got angry at God, and admitted it, I flinched and automatically thought He was going to strike me down with a thunderbolt.  Not only was I angry at Him, admitting that anger toward Him, but I was at church doing it! However, God didn’t strike me down.  Just the opposite.  He came even closer to me.  He already knew I was angry.  I didn’t have to tell Him for Him to know that.  But He wanted me to tell Him because He couldn’t help me with my anger until I acknowledged it and asked.

Being sad isn’t a sin.  Being confused or questioning God’s truth isn’t a sin.  All these things are normal feelings.  God created us to experience these emotions.  That’s how we grow, dig deeper, further cement our beliefs.  God wants to have a relationship with us… and by experiencing these emotions and bringing them to Him to help sort out, that’s how we fall deeper in love with Him.  Hiding them, being ashamed of them – those feelings don’t help, but bringing them to God in an honoring and respectful way – I believe that pleases Him.  That is when the “real fun” can begin.

I didn’t stay mad at God. I’ve been mad at God since.  And just like the example of our earthly parents, God responded to my fits of anger differently depending upon why I was exhibiting them in the first place.  The first incident of anger… He comforted me.  I was angry that He allowed our baby to die.  He knew I wasn’t really angry – I was more just really, really sad. 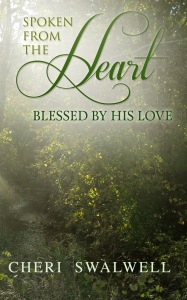 The second time I exhibited anger toward Him, He realized I was being a bit of a brat.  Life was really hard, getting harder and I wanted relief NOW.  He wasn’t giving it to me so I had a temper tantrum.  That time, instead of immediately wrapping me in His arms, He gave me a choice:  “This is what life looks like with Me…. And this is what life would look like without Me.  Do you want hard with Me or maybe hard/maybe easy without Me?”

I wanted hard… or whatever He thought was best with Him, instead of anything without Him.

Those are the two times that I can really remember being angry and expressing that to Him.  Since then I’ve learned to trust Him more.  I still question, I still have long conversations with Him that begin with, “I’m just asking because I really don’t get it… could You help me understand?”

I find, even if I have to wait a little while for the answer, He always answers.  He has never taken my emotions personally and He has always welcomed me with any emotion I’ve brought to Him, bringing them in a respectful, honoring way (although sometimes bratty) as He is my Father and I am His daughter.  I would do nothing less to an earthly Father, I won’t treat my Heavenly Father with contempt or disrespect either.

Each one of us have that choice every single time we feel an emotion or think a thought. Let’s choose wisely.