“Be even-tempered, content with second place, quick to forgive an offense. Forgive as quickly and completely as the Master forgave you. And regardless of what else you put on, wear love. It’s your basic, all-purpose garment. Never be without it.”

I’ve been sharing with you lately about the truths God showed me through a movie our daughter and I watched.  Today I want to talk about the last message God downloaded into my spirit.

I talked previously about the “based on a true story” movie in which the wife received a traumatic brain injury and experienced amnesia, blocking out her entire relationship with her husband. However, that was just part of the story.  Approximately a year before the woman met her now husband, she had disowned her family, quit law school, broken off her engagement to another man and moved into the city, severing all ties with her old life.  However, that whole chapter in her life (and the reasons why) were lost through the amnesia.

When she woke up in the hospital and her parents tried to “take her home” to their house, her husband gently informed his wife that she hadn’t had contact with her family in over five years.  He also stated that her family had never met him (her choice) and that she had changed from who she was growing up into who she was now. However, not remembering anything except her family, law school, and her ex-fiancée, she had a hard time grasping why she would leave everything she loved and was familiar to her; yet no one would share with her the details.

The truth was: her family didn’t want to remind her of why she turned her back on them. They were happy to be reunited after five years of silence and wanted to erase the past. Her husband loved her too much to share that information with her because he knew opening those wounds would further hurt her, severing her emotional ties with the only connection she had while she tried to regain her memory. 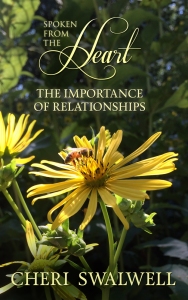 However, in the course of regaining her life, she discovered again why she broke off her engagement with her old boyfriend, why she disowned her parents, and why she moved to the city to separate herself from them.  And, in time, she realized she needed to put space between herself and her family again to create healthy boundaries.  However, this time, she chose not to alienate herself from them completely but was able to see how she could stay connected, yet separate.  Healthy versus co-dependent.

The first time she ran.  The second time she chose a healthy separation with boundaries to keep the lines of communication open but still choose her independence. I believe in situations where there is no threat of physical and/or severe emotional injury, God wants us to keep the connection open with those He places in our lives.  Sometimes the relationships can be difficult, but with God’s help, they can be healthy and contain boundaries. I was impressed when the woman was given a second chance, knowing the same information she knew the first time, she made the choice to stay connected, yet with healthy boundaries.

In case you’re wondering, the woman never did regain her memory of her lost years with her husband.  They were divorced early on in the movie (her choice, not his) but she continued to be drawn to him. The movie ended with instead of them trying hard to regain what they had lost, they chose to start over and make a new relationship. They eventually married again, had two children together and remain together currently. A wonderful ending to a traumatic event, made even better by the reunification of the woman with her family.