“Both of them were righteous in the sight of God, observing all the Lord’s commands and decrees blamelessly. But they were childless because Elizabeth was not able to conceive, and they were both very old.” Luke 1: 6-7 (NIV)

Last time we were together I was telling how I saw new insight into Zechariah and Elizabeth’s story as I was reading it a few months ago.  I spoke about how Zechariah was focusing on the problem, not trusting the Problem Solver and how when he genuinely repented, God restored his speech with no “I told you so” moment.

Today I want to focus on another insight God revealed to me.  The passage above describes how Zechariah and Elizabeth were righteous in God’s sight, but “childless because Elizabeth was not able to conceive…”  Being infertile during that day wasn’t just heartbreaking to a woman who wanted to have a houseful of children, but it signified not having God’s blessing, according to Jewish culture. 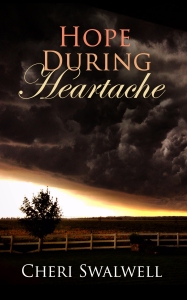 I was reading from my Life Application Study Bible which further explained that once Zechariah fulfilled God’s part for him in God’s story, he quietly slipped back into the background and continued to live life as he had prior to being called.  That explanation painted a picture for me.

When I used to hear this story, I didn’t really focus on the years of childless living Zechariah and Elizabeth lived before Gabriel appeared and said they would have a son.  Years.  And God described them as observing His commands blamelessly.  Year after year.  Day in and day out.  Even when Jewish custom told them they wore an invisible sign that screamed to all their friends and family “no blessing from God here.”  Yet they continued to live a blameless life before God.

How often do we forget about the years of heartache and pain that is endured before God answers our prayers?  And in the case of Zechariah and Elizabeth, they had quit asking so long ago Zechariah was taken by surprise when Gabriel approached him.  In order for God’s plan to work and for it to set up the way He designed (the perfect way I might add), Zechariah and Elizabeth had to go through the pain of childlessness.  How else would people see the miracle in an older couple giving birth to a son?  It wouldn’t have been the miracle it was.

Sometimes, for miracles to take place, pain is involved ahead of time or a long, long wait.  Just because we don’t see God working, or we’ve quit asking, doesn’t mean God’s forgotten.  He might be setting up a wonderful miracle in your life.  Don’t give up hope.  Keep trusting that the God of the Universe who loves you has things under control.