“Let the peace of Christ rule in your hearts, since as members of one body you were called to peace. And be thankful.” Colossians 3:15 (NIV)

Last time we were together I spoke about how God had been inviting me for years to minimize and organize our home, making it a place that was inviting to those I loved. I also spoke about how he used three friends, and a book, to motivate me to begin making those necessary changes.

As I began reading The Minimalist Home, it talked about not only creating a home that is inviting by decluttering and organizing, but creating home that invites those who live there to feel loved, protected and nurtured. 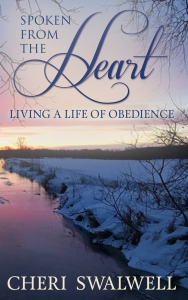 I’ve been sharing over the past few months that God has been bringing joy back into my life and Eeyore has been kicked out. Despite that subtle shift in my personality, I still have the tendency to “make mountains out of molehills.” In an effort to “train our children toward independence and adulthood,” I’ve realized that I can revert to the “assembly line” mentality more often than I like. Barking orders, making sure the ship is running smoothly, sometimes at the emotional expense of those I love and am called to serve.

I had plenty of opportunities to practice my newfound approach: water jugs that made it out of the store but not safely home, completing one child’s chores two days in a row because the child ran out of time, and blatant disrespect.

I was given the opportunity to remember the motive behind the smashed water jug – the child was trying to help and feelings/emotions are always more important than the added expense and time of buying new water jugs. The child who needs better time management was given grace and many opportunities to rework the schedule in order to be successful. And the disrespect, while still not tolerated, was dealt with in a way to keep an emotional connection between myself and the child while still dealing with the unacceptable behavior.

I love that God cares as much about the emotional atmosphere of our home as the physical environment. While the emotional feel didn’t need as much fine-tuning as the decluttering and organizing, it still benefited from a checkup as well.